Guest Lecture by His Excellency Mr. Cho Hyun, Ambassador of Republic of South Korea to India

On 19 August 2016, H.E. Mr. Cho Hyun, Ambassador of the Republic of South Korea to India delivered a lecture on ‘Bilateral Relations between India and South Korea' to the students of the Symbiosis School of International Studies (SSIS), Symbiosis Law School, Pune (SLS-P) and the Symbiosis School for Liberal Arts (SSLA). The Symbiosis School of International Studies (SSIS), with the support of the English Language Teaching Institute of Symbiosis (ELTIS) and in association with the Embassy of Republic of South Korea, organized the lecture. In his introductory remarks, H.E. Mr. Cho Hyun provided a brief historical background of North and South Korea, emphasizing on the region's Buddhist ideology and its influence. He also touched upon the cultural and ethnical similarities as well as differences between the people of North and South Korea. Furthermore, he highlighted the rapid development and growth of South Korea, as compared to other nations in the neighbourhood, and the role of technological progress in this regard.

H.E. Mr. Cho Hyun spoke at length about Indo- Korean relations vis-à-vis the geopolitical and contemporary challenges of the 21st century. He drew similarities between the growth rates of the two economies and the demographic divide. Similar to South Korea, the younger generation in India also faces challenges of employment which are mirrored by their aspirations to succeed. His speech highlighted the benefits of stronger ties between the two nations, against the backdrop of South Korea's eagerness to increase investments, largely in the manufacturing sector in India. He also hinted at the critical role South Korea can play in supporting India's stand in Non-Proliferation Treaty (NPT) and its bid for membership in the Nuclear Suppliers Group (NSG). The lecture was followed by an interactive question and answer session with the students. Dr. Shashikala Gurpur, Professor of Law & Director (SLS, Pune) and Dean, Faculty of Law, Symbiosis International (Deemed University) felicitated the guests delivered the vote of thanks 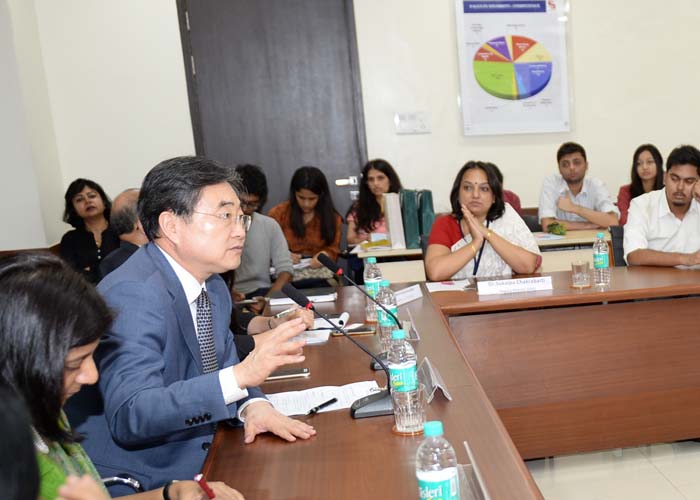 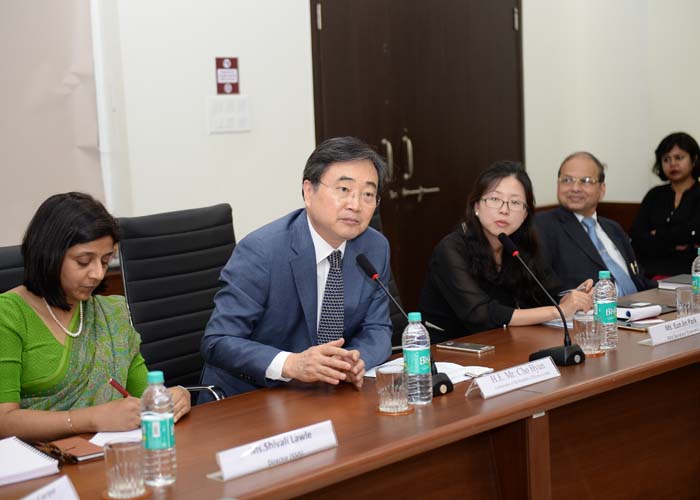