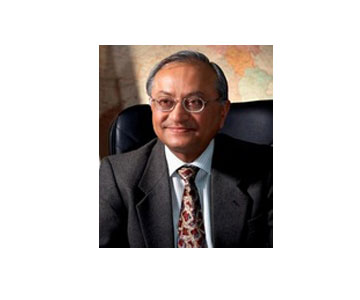 A Post-Graduate from the prestigious Indian Institute of Technology, Kanpur; Ambassador Skand Ranjan Tayal joined the Indian Foreign Services in 1976. He has served in Indian Missions in Sofia, Warsaw, Geneva and Moscow, and was India's Consul General in Johannesburg (1996-98) and Houston (2002-05), and Ambassador of India to Uzbekistan (2005-08). He was Ambassador of India to the Republic of Korea during 2008-11.

Ambassador Tayal was Secretary of the Indian National Commission for UNESCO during 1991-95 and served briefly as the Director in charge of IITs in the Department of Education, Ministry of Human Resource Development. He was Joint Secretary in the Ministry of External Affairs and the Chief Passport Officer of India during 1999-2002.

He introduced far reaching reforms in the passport issue system including comprehensive computerization, machine printing of passports and Tatkal Scheme for fast track issue of passports.

He has been a Visiting Professor at the University of Delhi during 2012- 15 in the Department of East Asian Studies.

He was on the Board of Hindustan Shipyard Limited (2012-15) and MMTC Limited (2013-16) as an independent director and is Vice Chairperson of the India- Republic of Korea Friendship Society. He is also Chairman of the Governing Board of Dyal Singh College in New Delhi. Ambassador Tayal has authored a book 'India and Republic of Korea: Engaged Democracies' which was released in December 2013 by the Hon'ble External Affairs Minister of India.