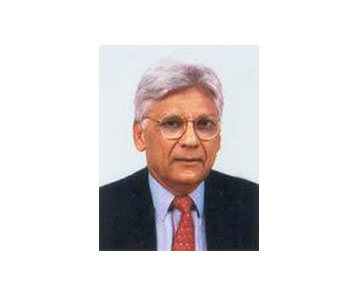 He is an independent consultant on both domestic and international policies and is Chairman of PRS Consultants, headquartered in India. He is currently Senior Advisor to Dodsal Group, Dubai. He is a Member of the Board of Falcon Corporate Advisory Services and the Hinduja Group India. Ambassador Shah is Board Member of Pathfinder International, Boston, an NGO with an annual budget of $100 million with projects on family planning, ant-HIV Aids and adolescent health care in 23 developing countries, and of Indo-American Arts Society, New York. He is currently Chairman of the Board on Policy and Development, of the Symbiosis International University, Pune, and a Member of the Indian Council for Research on International Economic Relations, New Delhi.

He was Joint Secretary in Prime Minister's office under Mr. Morarji Desai, Mr. Charan Singh and Mrs. Indira Gandhi. He has served as India's Petroleum Advisor for Gulf countries with headquarters in Tehran, Iran and has worked as Director in the Ministries of Petroleum, and of Department of Economic Affairs in New Delhi. Ambassador Shah has led a number of official Indian delegations to UNCTAD, ECAFE, OPEC, UN, Disarmament Conference, Non-Aligned and Commonwealth Summits, among other international conferences, during his career.