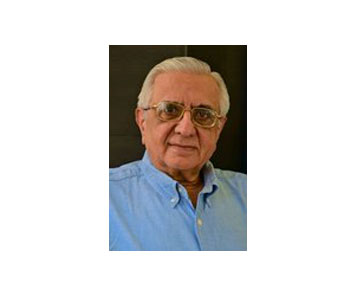 He graduated in Economics (BA Hons and MA) from St. Stephen's College, Delhi and served in the Indian Foreign Service from 1965 to 1995. He was India's Ambassador/ High Commissioner to Algeria, Czechoslovakia, Kenya, Mauritius, and Germany, and was on staff of Prime Minister Indira Gandhi in 1981-82. He currently holds positions as Professor Emeritus of DiploFoundation, Malta and Geneva and is an Honorary Fellow at the Institute of Chinese Studies, Delhi.

He is also an archives by-fellow at Churchill College, Cambridge, and Public Policy Scholar at Woodrow Wilson Centre, Washington DC. He serves currently as guest faculty at the Diplomatic Academy, Vienna, and was a Commonwealth Adviser to the Namibia Foreign Ministry in 2000-01. His books include: Inside Diplomacy (2000); Managing Corporate Culture (co-author, 2000); Bilateral Diplomacy (2002); The 21st Century Ambassador (2004); Asian Diplomacy (2007); Diplomacy of the 21st Century (2011);

India's North-East States, the BCIM Forum and Regional Integration, (co-author, 2012); The Contemporary Embassy (2013),and was the co-editor of Foreign Ministries (2007) and Economic Diplomacy(2011) Special Issue, International Journal of Diplomacy and Economy, (Nov 2013). His two books have been translated into Chinese and used as textbooks at universities, and has authored about 80 articles for academic journals and newspapers. He is currently working on two book projects.