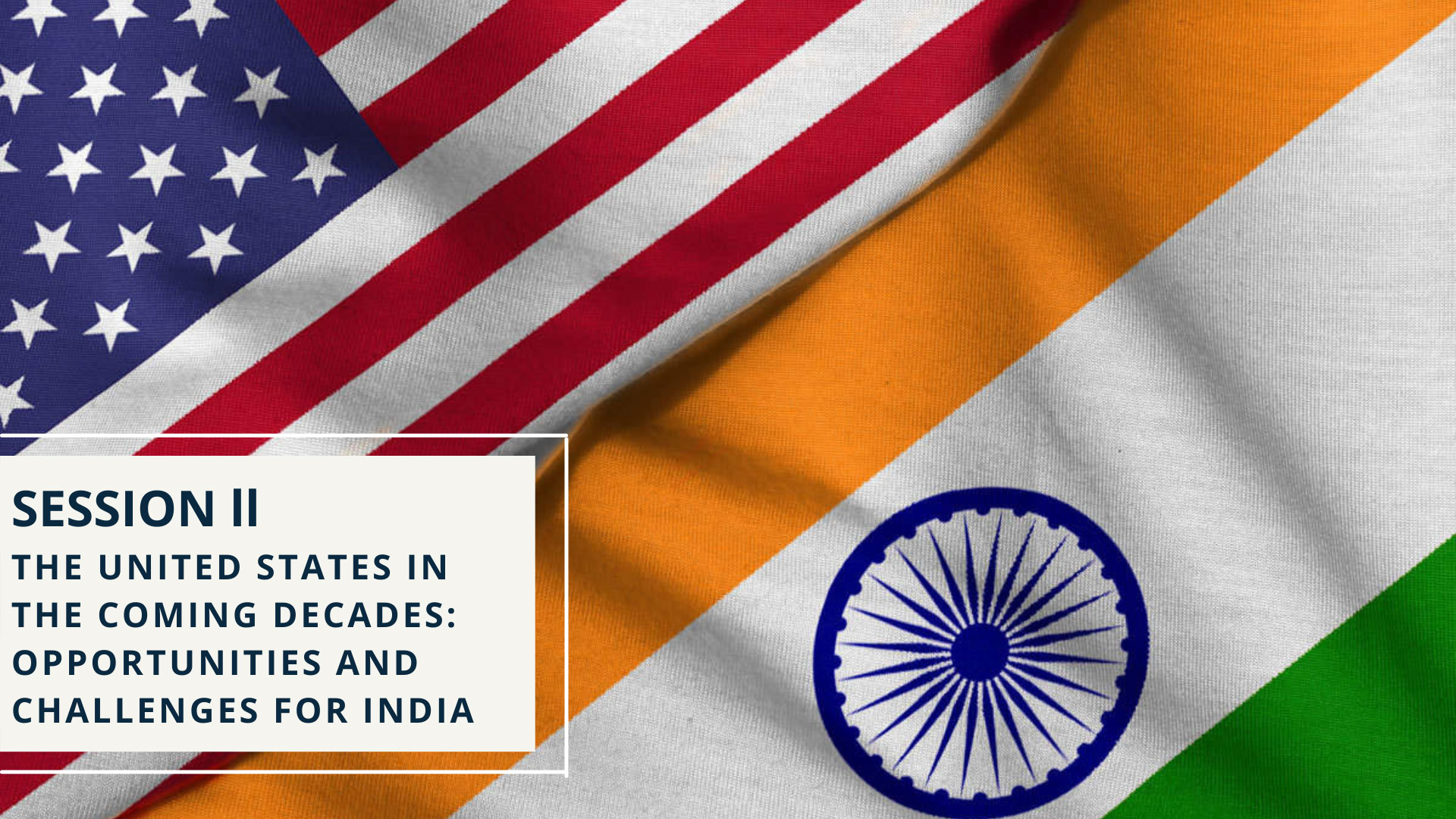 THE UNITED STATES IN THE COMING DECADES:
OPPORTUNITIES AND CHALLENGES FOR INDIA

In the security domain, the Indo-US nuclear deal has enhanced diplomatic dialogue between the two states, securing India a special waiver in the Nuclear Suppliers Group (NSG). While Afghanistan will likely remain another crucial area of convergence between the US and India, it will also largely depend on the emerging nature of ties between Islamabad and Washington under the newly elected Joe Biden administration. As understood, former President Trump's decision to withdraw troops from Afghanistan with the help of Pakistan, became a security concern for India. The success of the inaugural 2+2 India-US dialogue, initiated by the previous US administration, however, provides a valuable platform to both sides to discuss the potential for greater convergence to preserve their security and strategic interests , particularly with regard to the Indo-Pacific region. India's member ship in the 'Quad' affirms the commitment of the two countries and their partners – Japan and Australia -- towards maintaining stability and inclusivity in and of the Indo-Pacific Region.

Considering Trump's West Asia policy, it will be worth discussing the likely trajectory of ties between Washington and some of the West Asian capitals, including Tehran, under the new US administration. Notwithstanding the recent normalisation of relations between Is rael and a couple of Gulf Cooperation Council (GCC) states, the existing tensions between Is rael, Iran, Saudi Arabia and the US may have implications not only on India's energy security but also on its socio-economic interests. Nevertheless, the realignment of relations in West Asia could open possibilities for joint collaboration between India, the US and some of the West Asian countries. Another area of concern for India is the new US law mandating sanctions against countries importing arms from Russia. It, therefore, remains to be seen how the Biden administration would look at the ongoing defence- related ties between New Delhi and Moscow.

On the economic side, the US-India bilateral trade relations have been growing over the last fifteen years in areas of blue economy, defence trade and technology transfer. The US' effort to restrain an ever-rising China has carved opportunities for India to emerge as an alternative market for the US in the Indo-Pacific.

In the years to come, the Indo-US partner shiphinges on important factors like trade relations. Under the Modi administration, considerable progress has been achieved in opening the economy for foreign direct investments. Moreover, given India's growing demand for energy, which also coincides with the rising US oil and gas production, the bilateral energy ties could possibly be uplifted to a new level. However, with the US side lamenting the trade deficit with its partners, India would have to eventually bring in regulatory reforms to ensure the sustainability of this strategic partnership.

Ms. Indrani Bagchi is a senior diplomatic editor with The Times of India, where she reports and analyzes foreign policy issues for the newspaper. Ms. Bagchi covers daily news on foreign affairs, the foreign office, as well as interpreting and analyzing global trends with an Indian perspective. She writes news stories; opinion articles; news features and a blog, "Globespotting".

She joined the Times of India in 2004. Earlier, Ms. Bagchi was associate editor for India Today, a premier news magazine. She started her journalism career at The Statesman, where she was the weekend editor, before moving to The Economic Times in Calcutta to edit the Metro Magazine. She is a Fellow of the Kamalnayan Bajaj Fellowship and a member of the Aspen Global Leadership Network.

Ambassador (Retd.) Arun Singh has served as India’s Ambassador to the United States from 2015-2016, Israel from 2005-2008, and France from 2013-2015. He was also involved in the formulation and implementation of India’s policies related to Afghanistan, Pakistan, and Iran, including in the period following 9/11.

He is currently a Member of India’s National Security Advisory Board, a Halle Institute Distinguished Fellow at Emory University (Atlanta, Georgia, US); Visiting Professor at Ashoka University (India); and a Distinguished Non-Resident Senior Fellow in the Asia Program at the Washington DC based German Marshall Fund of the US.

Dr. Monish Tourangbam is a Senior Assistant Professor at the Department of Geopolitics and International Relations, Manipal Academy of Higher Education (MAHE). Formerly, he was an Associate Fellow at the Observer Research Foundation, New Delhi and taught U.S. History and Politics as a Guest Faculty at Ansal University. He was a Visiting Faculty at the Department of Political Science, University of Cincinnati, Ohio. Dr. Monish was also a South Asian Voices (SAV) Visiting Fellow at the Henry L. Stimson Centre, Washington D.C. He was part of an India-China Track II Dialogue in 2019 and was an International Observer of the Russian Presidential Election held on 18 March 2018.

Amb. (Retd.) Navtej Sarna was India’s Ambassador to the United States till Dec 2018. As a member of the Indian Foreign Service since 1980, Sarna also served as India’s High Commissioner to the UK, Ambassador to the State of Israel and Secretary at the Ministry of External Affairs. He has the distinction of being India’s longest serving foreign office spokesperson, having held that post for six years. In the earlier years of his service, he served in various diplomatic posts in Moscow, Poland, Bhutan, Iran, Washington and Geneva.

Sarna is also an established author of fiction and non-fiction. His work includes the novels The Exile and We Weren’t Lovers Like That, the short story collection Winter Evenings, non-fiction works The Book of Nanak, Second Thoughts and Indians at Herod’s Gate, as well as two translations, Zafarnama (Guru Gobind Singh) and Savage Harvest (Mohinder Singh Sarna). He has been a prolific columnist and commentator on policy, literary and cultural matters, contributing regularly to journals in India and abroad. 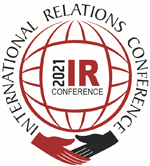